logan's first baseball season has started!! (ian said he wasn't interested in playing baseball) they won their first game! he looks so sharp in his uniform! he is LOVING it! andy is helping out with coaching...so its super special for logan to have dad so involved!! so far, he has played a little at second and a little at pitcher! 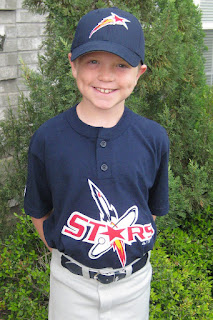 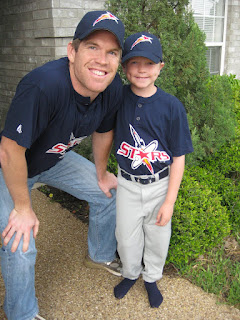 hottest first base coach EVER. 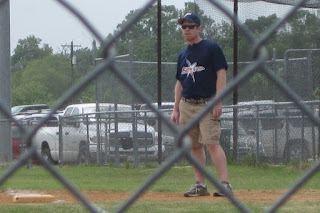 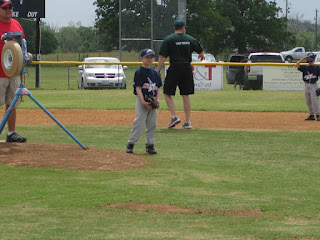