Such a sweet boy...he's doing great! He doesn't cry too much -- of course, really, he is sleeping 90% of the time still! The boys get so excited when his eyes are even open! Things are going well, so far! We've realized that he is a complete mix of Logan and Ian! It's so funny to see both of the boys mixed in this little guy!
Such a little blessing.... 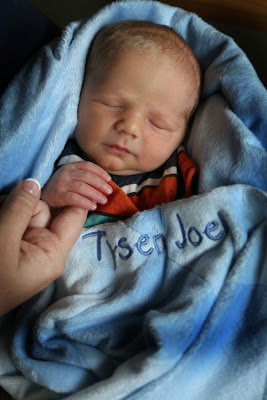 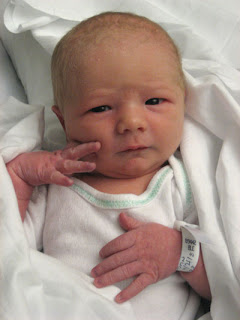 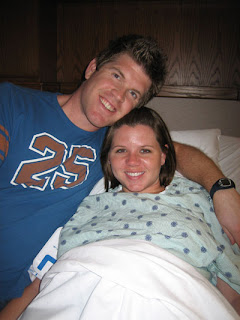 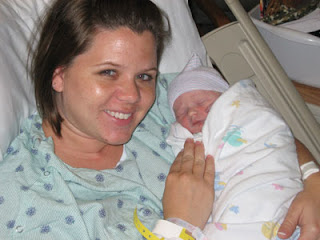 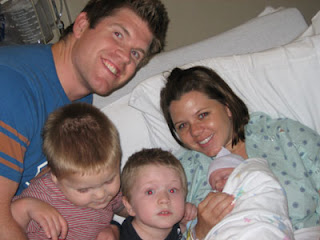 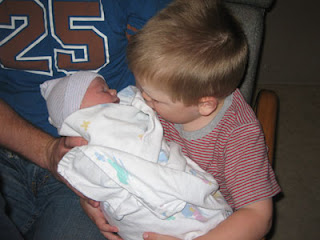 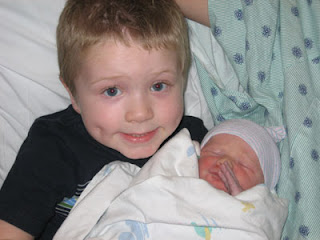 After a 5 1/2 hour labor, Tysen Joel Vanderveer has arrived!! He was 7'8" and 20 inches.... and while he looks like his two big brothers, he definately favors Logan...even has 2 dimples just like our Loggie! We are so grateful and blessed with what the Lord has done for us, and can't wait to share this little guy with you! We will try to get pictures up soon!! :):)
Posted by The Vandy's at 12:14 AM 2 comments:

Tysen is set to arrive on Monday, April 21st...I've been in the early stages of preeclampsia (high blood pressure) and things are starting to progress, so in order to put an end to that, we have to deliver. The plan is to get through the weekend, so I will be a couple days past 37 weeks and then induce labor sometime on Monday....so be watching for a post with his arrival!! :):)

April 21st just happens to be my sister's bday too! So Happy Birthday Auntie Carleigh!!!! The strange thing is that Ian was born on Uncle Brian's (her husband) birthday, so now my boys are just dominating the McClure's bdays!! :)
Posted by The Vandy's at 9:49 AM 2 comments:

I've tried to get the boys involved with Tysen's upcoming arrival, and get them excited, but it never fails that the second they put their hand on my belly, he stops moving. So, of course, I make my tummy jump a little, and its so funny the wide eyes and excitement as they interact with their little brother. They think they have to yell really loud to get him to move, so they will come up and put their hand on my belly and yell "Tyyyssseeennn!!!!"... and then wait. Of course, Tysen always 'kicks' for them and I tell them how much Tysen loves them! Then usually Ian will raise his shirt and say, "ok,my turn" -- he'll jump and get wide eyed and say ' you feel dat?' ...I tried explaining that only Mommy has the baby boy in her tummy, but Ian says, "No, I have a boy....you have a Tysen" ... so there you have it! 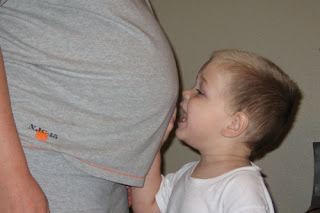 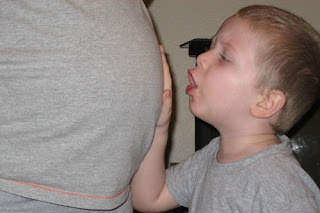 Wed. mornings are special as Andy is home in the morning, so he has started the routine of rotating the boys and taking them out for donuts. It's so great, and the boys love their one on one time with Daddy. Logan actually will talk with Andy, but Ian still just stuffs his face, then says, "let's go!" :) Today was Logan's week, and they came home and started their favorite new game...WAR .... Andy taught Logan awhile back, and now they play all the time!! Now even Ian gets in on the action... though he doesn't always know what he's doing, he just likes to throw the card down, and throw his head back and say "Ahh!!!" ....win or lose, he has the same reaction. 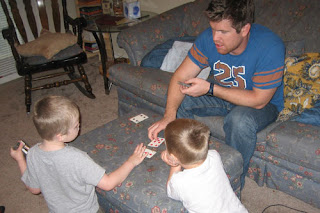 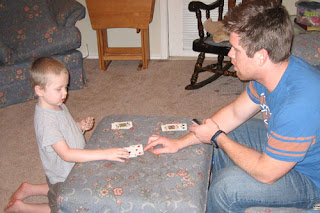