so, my dearest oldest son went to his first dance. we missed the actual invite. so it all went down in about 3 hours. apparently, he had heard of it...but didn't really care, until he realized a lot of his friends were going...so then 2 hours before the dance, decided he wanted to go. i am trying to be better about going with the flow...i'm not what they call "super flexible". i like plans, and i like to know what is happening. so...the last minute decision to go was fine...until i later realized how emotionally unprepared i was!! andy stayed to chaperone....and my mind was a whirlwind of emotions the whole time while i was still at home. i was really overwhelmed with the idea of a dance (i mean, i was homeschooled in jr high, so my first dance wasn't until junior year of highschool!)...but i also wasn't prepared for the boy vs girl reactions to it. my mind was reeling, and i was wanting mega details and explanations of exactly what happened and how he was feeling....LOL. not exactly how it went down in a house full of testosterone. everyone was WAY TOO nonchalant for this momma. my heart was literally about to explode as i just watched in awe as he sat casually on the couch and said "it was fine". and then....to hear that he actually danced with a girl. to be fair, he was forced. but he actually broke out of his very firm comfort zone and danced! one time. in the last 10 minutes, when andy was already outside, so he missed it. but he danced. i couldn't even believe it. its so not like him...but i was so proud of him for being open to trying something new. apparently, this friend, caroline mccall, forced him out, but then taught him how to two-step. and while my brain was in a tizzy screaming, "what. how? what was that like? where were your hands? did you like it? what song was it? would you do it again? do you like her? do you like any girl?".....i sat coolly on the couch, and said, "awesome. i bet that was fun." i was so totally chill, i'm pretty sure i passed the cool mom test. (for the moment. had he seen me later, i would have failed miserably and probably been banned for life from any and all events.) but then ....he went to bed. oh the restraint! the Lord showed me a bit of crazy in my momness that night. wow. again, i was NOT prepared for how i was going to feel! i'm trying to not make it a big deal, but it kinda is, right? my baby went to his first dance. 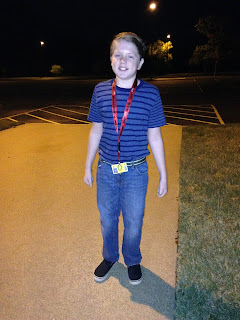 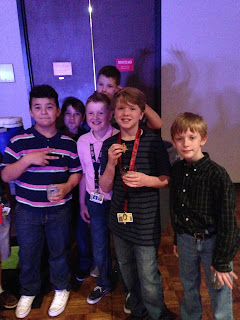 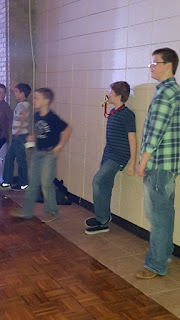 logan and buddy, carson after the dance. so chill. but look at logan's smile. ya'll that is real. 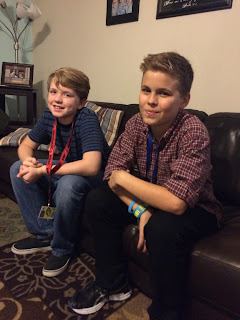 sometimes life goes so fast i just have to hit some highlights. although, i do feel like i say that a lot....*sigh*....but here we go.
sweet sweet college leader, kasey is now engaged to ryan. major deal. can't wait for the wedding! 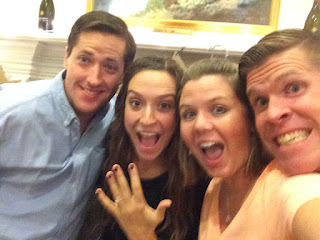 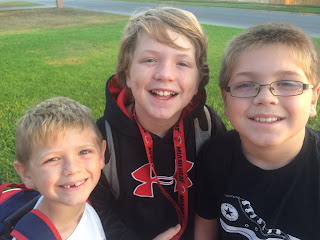 karis and thomas came for a visit. o my, her baby belly had grown! we went and i got my ear pierced...i have wanted to for my 36th birthday, but waited until her visit. we also took some cute family pics, but i'll post those later. 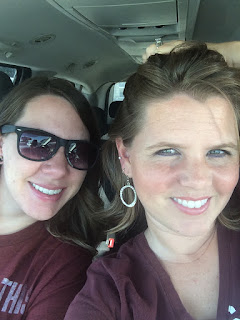 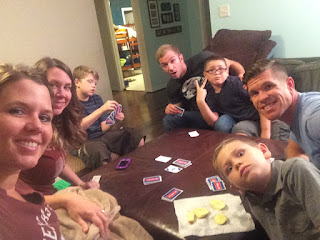 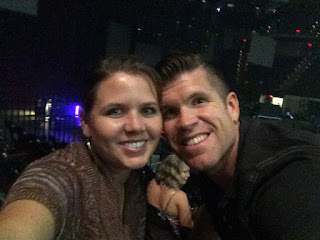 we had planned to go for a quick ft worth visit to see max and graham play soccer. sadly, it RAINED the whole time. it was less than 24 hours, but oh we loved that time to catch up. we stayed in all day and ordered pizza since it was raining. 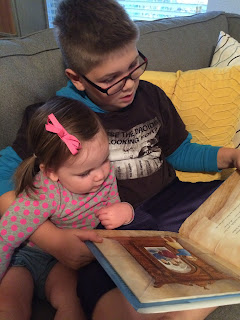 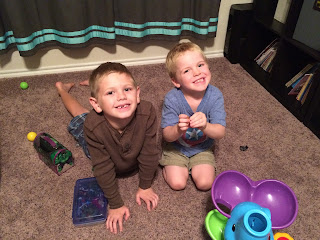 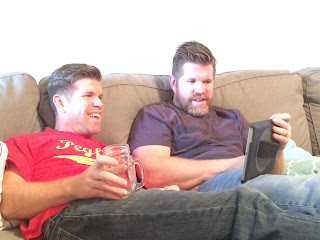