wow. its a weird thing to have a kid in school, but now, its official. i have 2 kids in elementary school! logan is most excited about first grade because they get their own desk...and ian is just excited in general about kindergarten.
yestarday was logan's kindergarten graduation. of course his dad was yelling like crazy, and he was embarrassed and trying not to smile--he'll have to get used to that.... but i love that we always see the dimples, even when he's managing to hold a straight face, those dimples poke through. here's a few pictures: 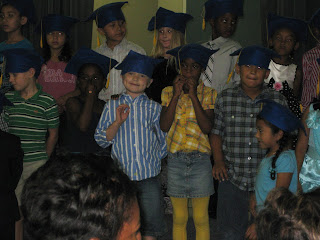 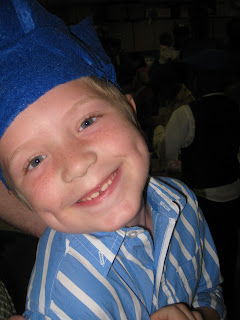 he told me later that this buddy, michael, was his best friend in class. he then clarified that God is his 'best best' friend....but michael was his 'best' friend. ha! i love it! 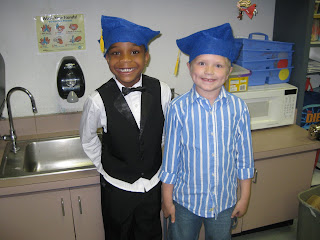 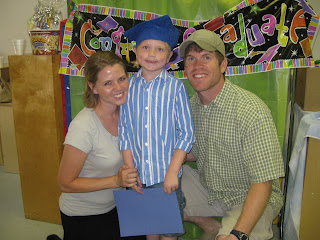