in june we took tysen to see the dentist. despite my efforts at brushing his teeth, i had noticed a major decline in the health of his teeth. the dentist said its a condition called hypoplasia, which means that during development, his enamel didn't form right...causing him to be highly prone to cavities, etc. at that point, there was a lot of erosion on his teeth and some discoloration,
but no cavities....yet.
when we went back 6 months later, he had 5 cavities, and 1 was already affecting the nerves in the roots of that tooth. because he is so young, it required him to be put to sleep to do the dental work. we showed up to childrens medical in plano at 6am this morning...even with it being so early, he was happy and so excited! (he loves going to the dr...and even the slightest cough or sneeze will bring the question "can we go see da doctor?") 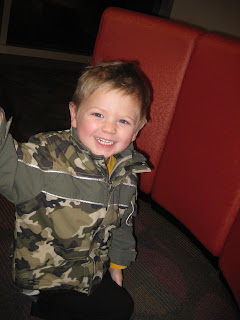 he was especially thrilled to put on this cool shirt! 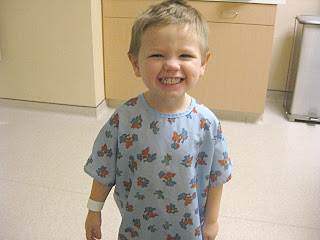 reading with dad, while we waited to talk with the doctors... 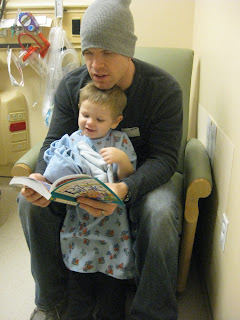 he really loved the "light" on his index finger...he kept asking to make it go all the way up his finger.....they gave him some "silly juice", and he got pretty loopy. he still wasn't excited when andy had to put him in the bed, but left calmly as the nurses were fantastic with him. 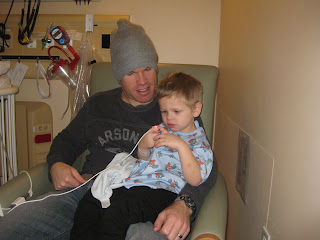 it only took about 45 min...he had to get 4 crowns on the molars, and 1 in the front (though they made it look great, and you can't tell!) they called us back as he began to stir. he would drink from a sippy cup before he opened his eyes...it took him awhile longer to open his eyes. 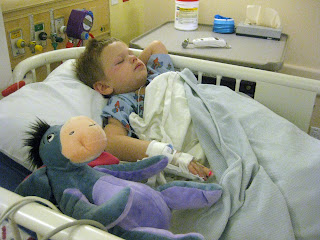 he finally opened his eyes, and immediately sat up and wanted me to hold him... 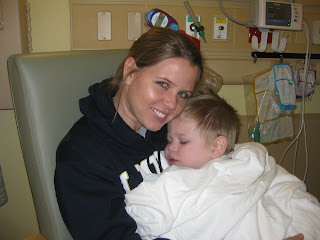 he cried a lot of the way home...just irrational crying. :) we knew to expect this...but once we got home, he was much better. he requested to watch dora as he laid down. 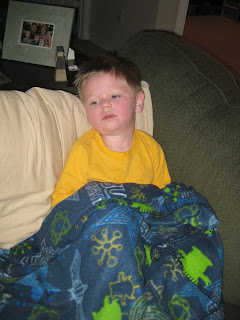 after about an hour, he asked to go to bed. he took a nap for a few hours, and woke up much happier!! he's holding his new eeyore, and a card he got from his sweet friend, madeline. he said his teeth feel good...but just lots of yogurt and jello for today! 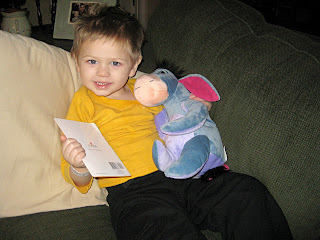 first snow of the year! wasn't a ton...but enough for the boys to have a snowball fight! andy and i especially loved that we could watch from the warm inside! :) 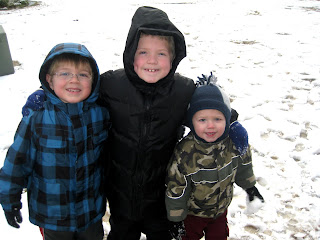