our newly converted aggie is now 10. a decade. he is such a responsible kid...we are so blessed with him. andy laughs all the time about how his personality is so much like mine...he can totally handle things on his own. super independent. and stubborn. but awesome.
this year, he wanted to go to grand station....video arcade/laser tag place...so we took his best friend, james...and they played a game of laser tag and then got cards for the video games...
a few things about logan these days:
he is outside 85% of his life. this kid comes home...puts his back pack away...and says "i'm going to get friends!" and is back out the door. there are literally 5-7 boys at our house daily playing football or jumping on the trampoline. he LOVES his friends. he is so active....even if no one can play, he will go out and practice flips and "moves" on the trampoline by himself. he loves to be busy.
he loves going to movies.
he loves all things sports....but typically cant sit still long enough to watch a whole football game. (unless he is getting to stay up late, at which point he is super interested and wants to watch the whole thing)
i just don't have that much variety, cuz so much of his time is spent outside with his friends. that's what he loves. and i love that about him!! 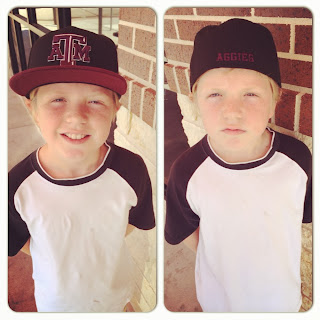 can never get enough of those dimples! 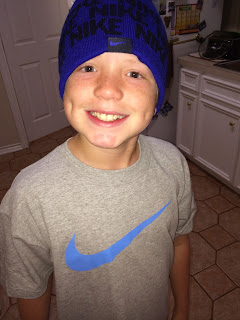 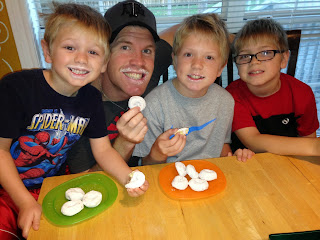 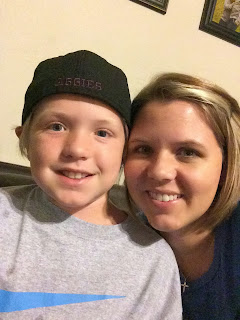 november has been good...we have had a some good down time...but stayed busy also...had a visit from karis/thomas...football games...ana and papaw visiting...and lots of RAIN. that hasn't stopped the boys from being outside...they love jumping on the trampoline in the rain...though the past few days they have had to stay in due to the 40 degree weather...andy has been preaching every other sunday while we are still searching for a new pastor. its been a lot of fun for him...but i won't pretend its not tiring on top of his current work load. God is good though...we are looking forward to seeing who he brings to our church! 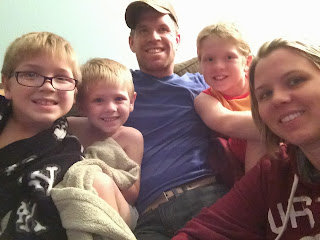 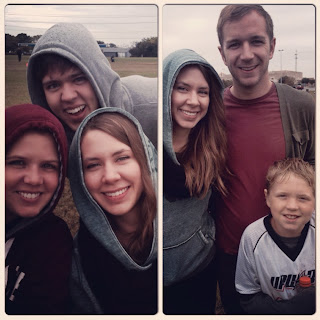 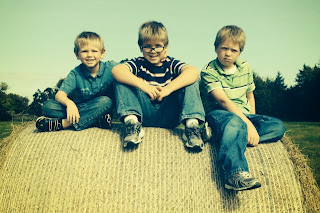 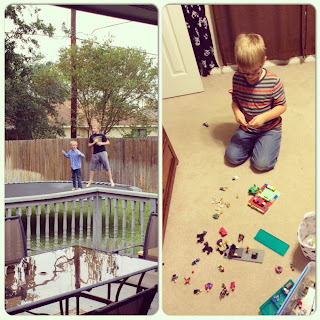 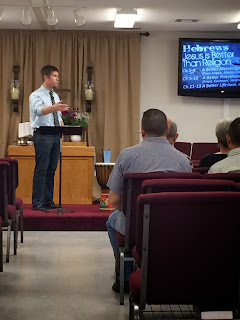 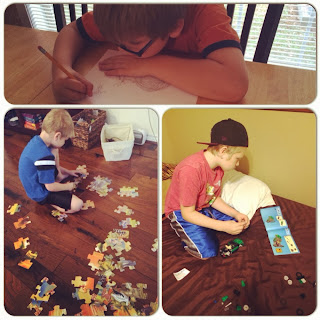 well, i'm a little late...but getting around to catching up on my pictures!
halloween was a blast as usual. we had our annual "halloweenies" block party....passed out over 100 hot dogs and 100 snowcones...so much fun...
this year, we had 100% homemade costumes. logan was simple as a football player... ian constructed his costume mainly out of foil and cardboard as a soldier....and tysen made a spider hat at school, and wore it so much that was his choice in costumes. didn't spend any money, so i'm great with all of those choices!! 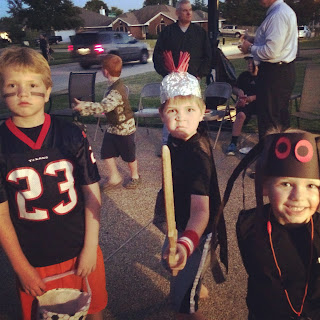 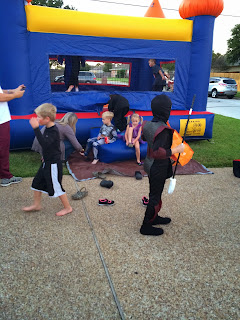 ian's best bud, tyler prince, came to trick or treat with us... 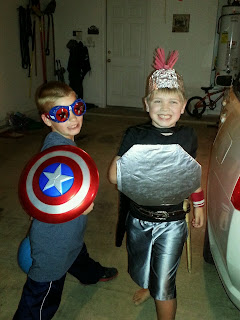 for our "hallowink" (link that was before halloween)....i actually decided to dress up...as andy. not everyone got all the little things about him...but he did...and his laughing was worth the whole project.:) 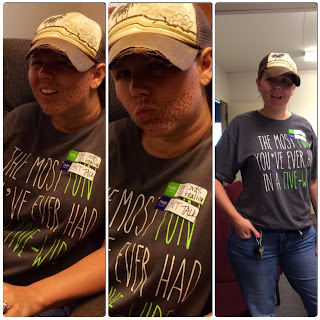 this was by far andy's best costume ever. he had been growing the beard for several weeks in anticipation of being wolverine....he was one popular dad to his boys! 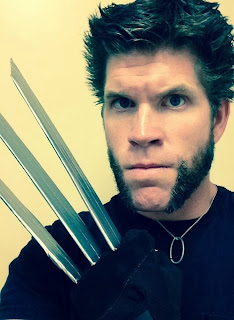 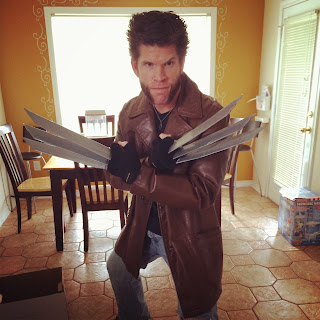